Being a Marine Wife, it is important for me to learn the history.  I don’t just support my husband’s career, I take the time to learn it all.

When we first got married I was a civilian and knew nothing about military life. I made a promise to support him in everything that he does and that promise included being a Marine Wife who knew everything about his career…Step by step, he taught me the in’s and out’s about the Corps.  I paid close attention and soaked it all up.

My husband has been a United States Marine for 20 years and some actually think that I have been his wife from the beginning… Nope, I don’t take credit for that.  His commitment and dedication to the Marine Corps is what has got him this far.

When he puts his mind into it and sets himself up, there is no turning back for this man.  He is all in.  It actually gives me peace that I have man with this kind of dedication, commitment and honor, because he puts the same effort into our marriage.

I will only take some credit for his accomplishments and the achievements from the middle of his career and I will push and continue to support him until the end!! I married the man of my dreams and the Marine Corps at the same time!

If you are a military spouse, you know what I mean when I say that you marry the branch as well.  You must know, that going into it,  you have to be okay with what comes along with being married to a service member.

I had a lot to learn coming into this military life, let alone the Marine Corps.  I told my husband that I refuse to be that wife that has no clue about what’s going on, and about what it is my husband does.  I took the time to learn the rank structure, the pay structure, the benefits, the sacrifices and everything else in between.

I took the time to learn about the units that he is in, the different areas on base, as well as asked him to take me to the different scenic sites that are located on each base that we are stationed at. For example, the memorials and monuments.  It is very important for me to know this, not just for him but for my own knowledge.

I love learning about things I have never learned about in school or I should say, maybe the things I’ve never paid any attention to in class haha.  I love feeding my brain with new things especially when it comes to history.  I have to be honest,  I hated history in high school and it’s amazing to see that now that I am older, I am taking so much interest in it.

I had the chance to fly to the East Coast to visit my husband while he was away.  We made a deal that we would take the time to see the Marine Corps Museum in Virginia and visit all of the monuments in Washington D.C.

It was a new experience for the both of us and we couldn’t be happier.  It was quite the adventure.  There was so much to learn and see at this museum that we were there for over 3 hours.

I want to share a few pictures that we took while we were there.  I don’t want to give away too much because I want everyone to be able to see it in person.

This is the lobby area.

First off, I am silly and added “wives” in this picture below… Before you enter the museum, there is a wall that says Making Marines and then continues to show you the steps of Marines in the making.  I just thought it went better with my blog post to add wives under it, HA HA! This museum was carefully done to show us some of the things that happened over the years.  From the beginning, from The Vietnam War, The Korean War, to Pearl Harbor, and so forth.  It allowed us to have a perspective of what our service men and women had to go thru and what they sacrificed for us. 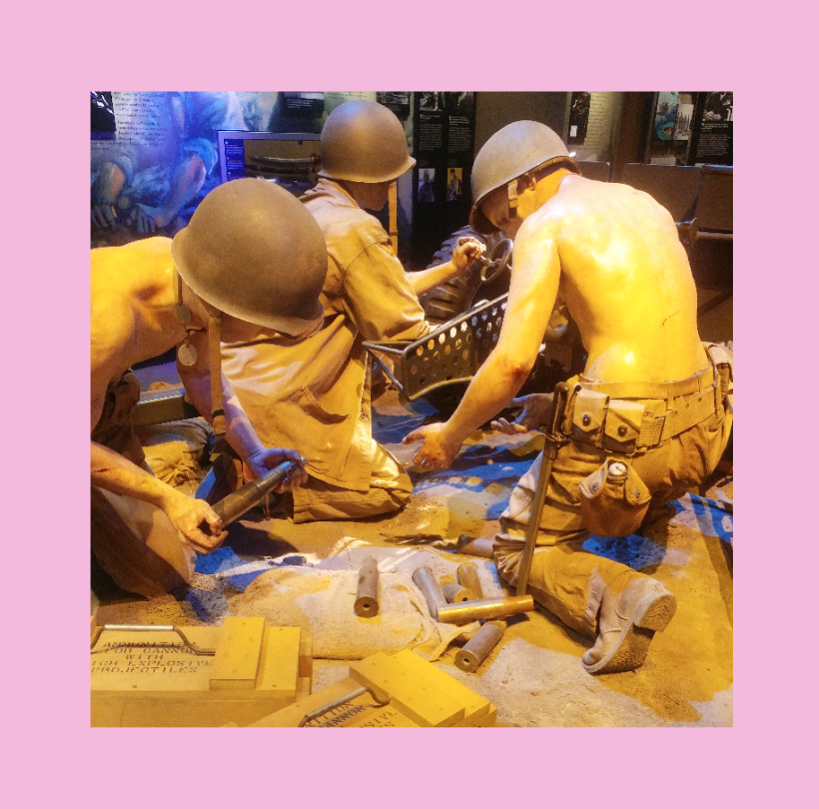 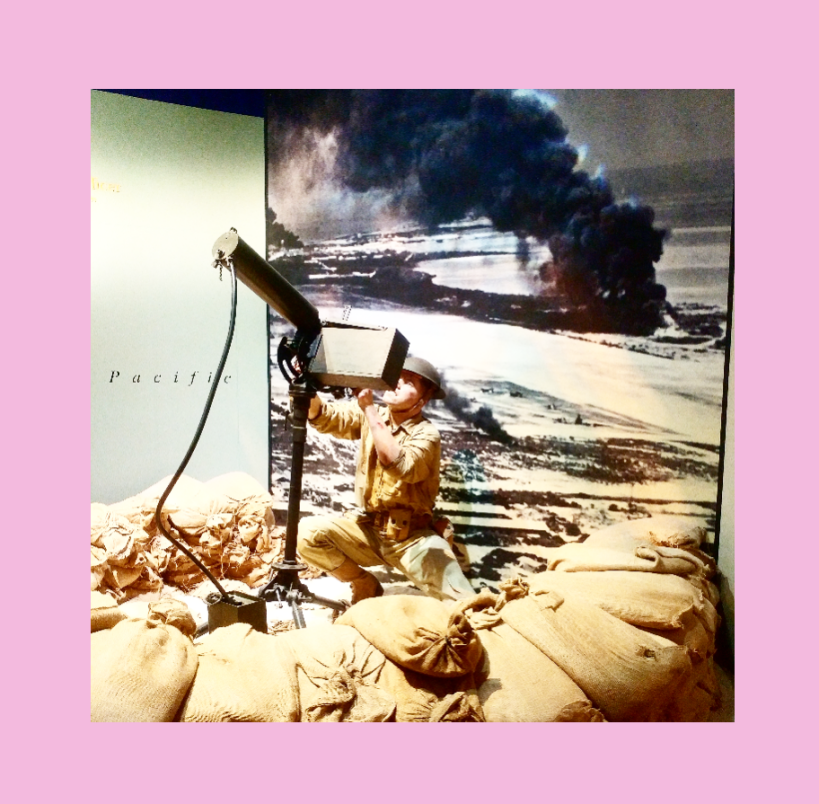 Inside of the museum there is a restaurant and bar called Tuns Tavern.  Tun Tavern is where the United States Marine Corps held its first recruitment drive during the American Revolution.

In 1781 (near the end of the American Revolution) Tun Tavern burned down. Its former structure stood at a location now occupied by Interstate 95, where it passes Penn’s Landing and now you can find the Tun Tavern located in Quantico, Virginia. Many Marines and their families take the opportunity to dine here while they are visiting.

Here are a few of the art pieces and statues that were made to pay tribute to those we lost. 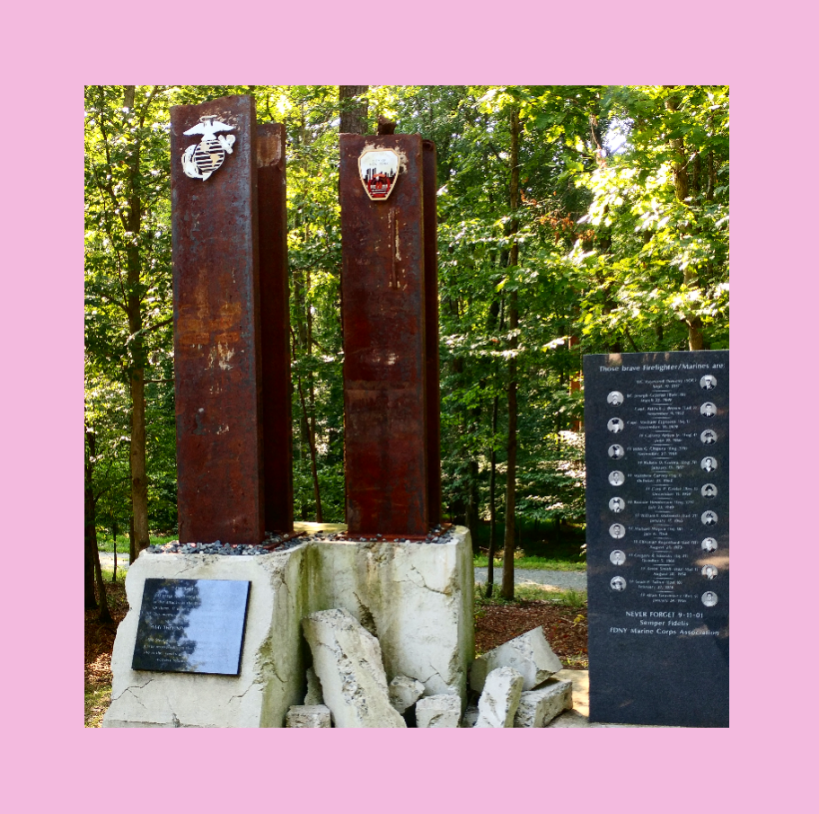 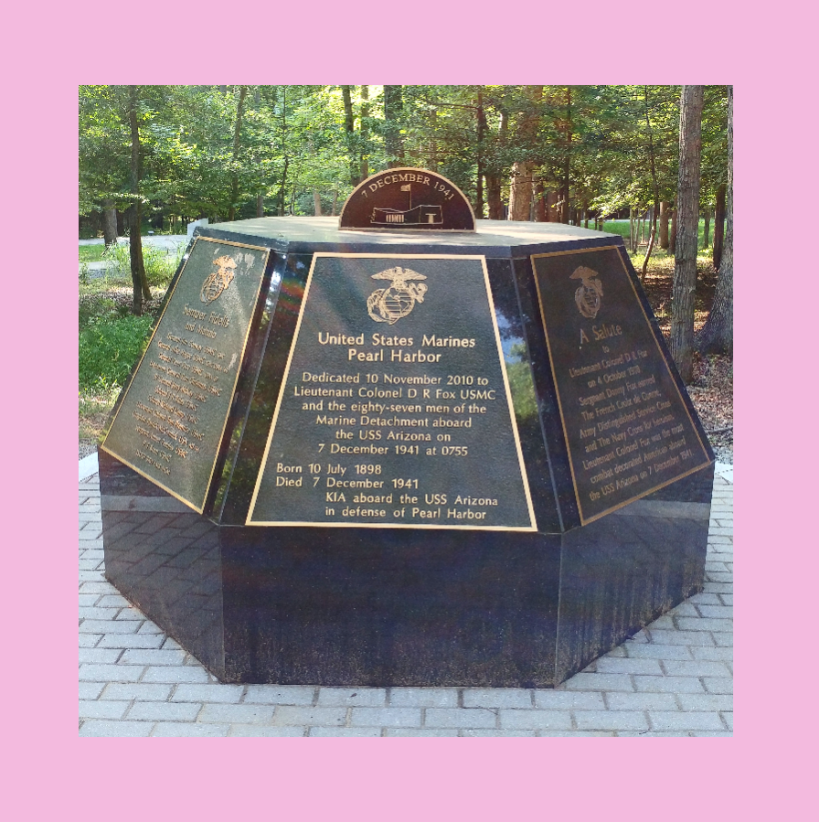 I highly encourage everyone to make time to visit the Marine Corps Museum.

Freedom isn’t free so honor those who serve.  There is so much that you can learn and I urge you all to make some time especially if you are a Marine family.

Don’t forget to visit the souvenir shop too! My husband got me this hat that we couldn’t find anywhere else but here.  Make sure to go home with a special piece for yourself. 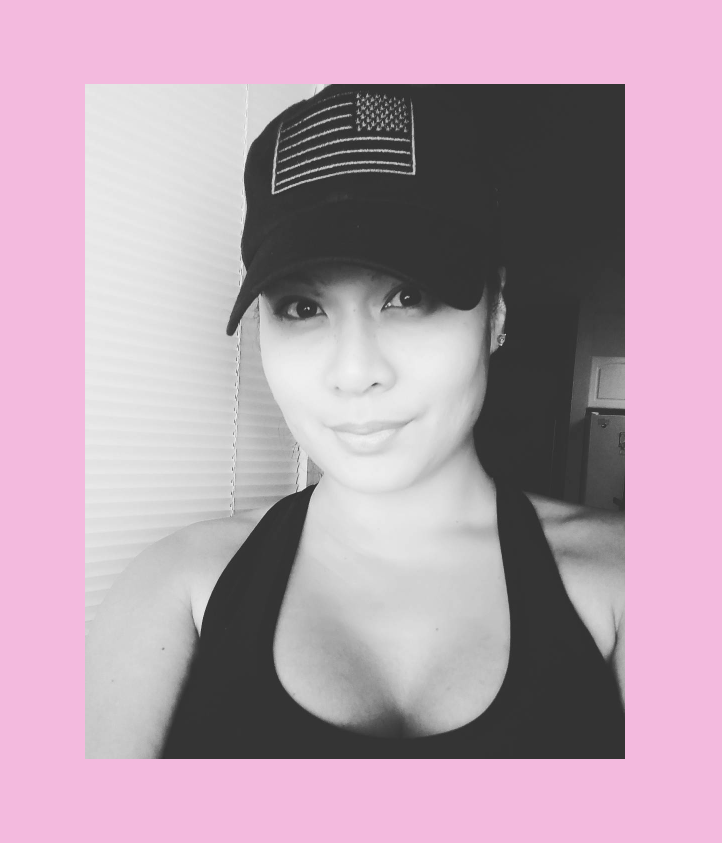 All photos used on this post belong to JJ LIFE & STYLE. 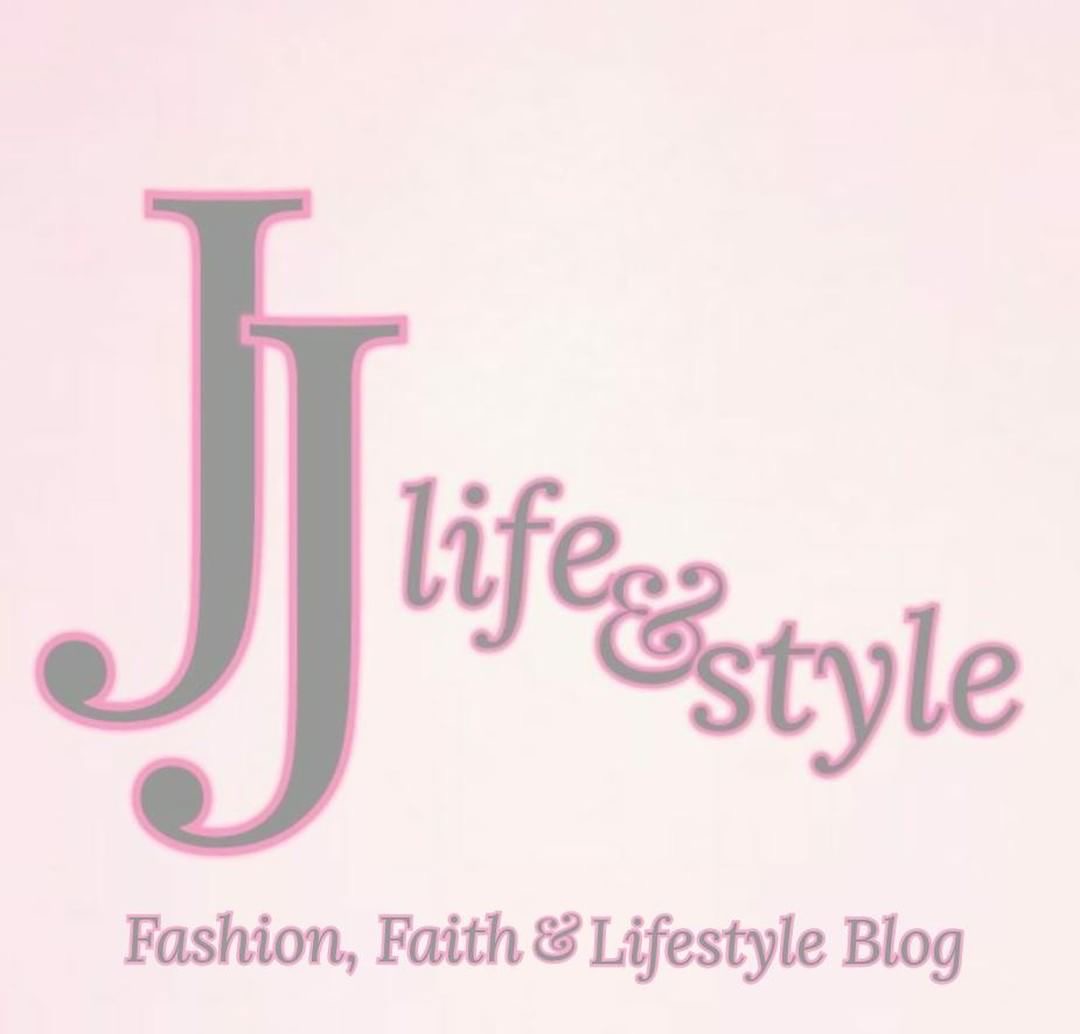